A good friend of mine Kisa, made some beautiful christmas ornaments. When I learned she glittered them herself I asked her how she did it and she was kind enough to send me this youtube tutorial ...click here. Who would have thought to use Mop N Glow!!!

I decided to make one for my girls, boyfriend and I. Here is a quick description of how I made my ornaments.

I started out with a box of iridescent glass ornaments from Hobby Lobby.  Here is a picture of the box. Totally failed to take a pic of them as I was too excited to get started creating!! I used my 40% off coupon! 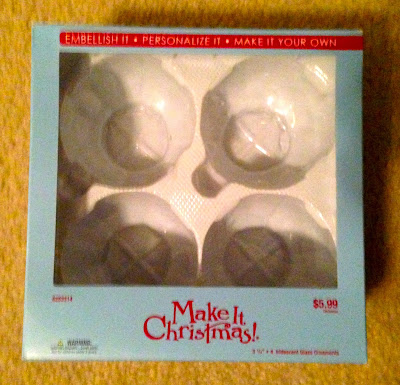 Using instruction from the tutorial I squirted mop and glow in the ornament. I swirled it around until it was totally coated. I set it upside down on a glass to get the remaining mop and glow to drain out. I made a funnel using a scratch piece of paper and poured extra fine glitter into the ornament. I swirled the glitter around until coated and then covered the opening and shook it up and down. 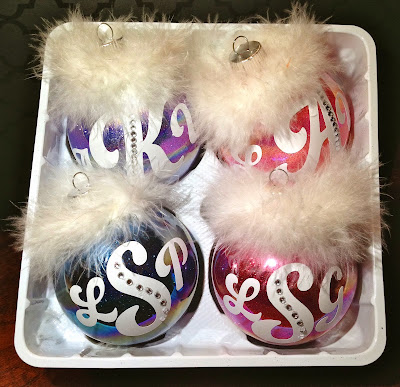 I couldn't decide what to put on the actual ornament but then I decided our initials would be cool. I used my cricut Artbooking cartridge to cut out the letters on white vinyl. I used transfer tape to help make sure the letter were lined up. I felt like it was missing a little something so I added some bitty sparkles to jazz it up. I cut pieces of boa and placed around the top of the ornament using large glue dots. You could also use something more permanent like liquid glass.

I love how they came out!! I might have to get busy and make some for Christmas gifts!! 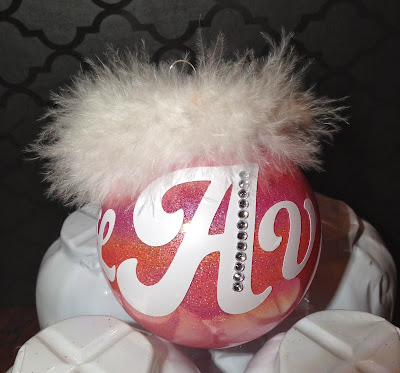 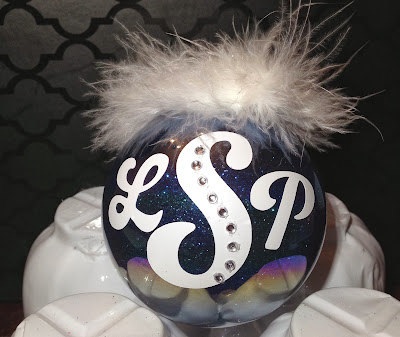 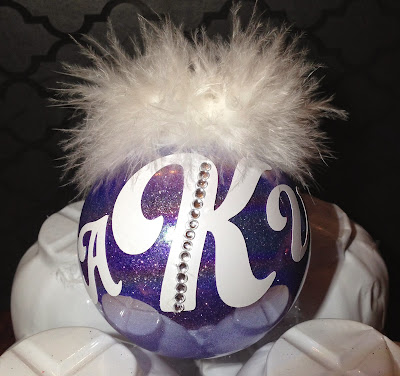 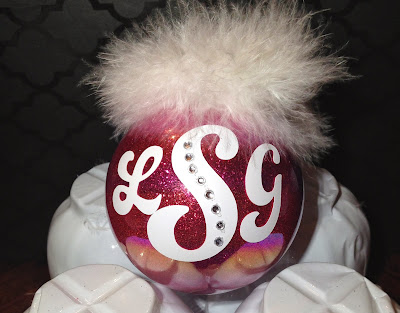 Thank you for stopping by and Happy Crafting!!
SHOP WITH ME...
Posted by Shalana at 6:07 PM

Shalana
Macungie, PA, United States
An avid scrapper since 2005. I am a Close To My Heart Independent Consultant and am looking to share my passion for preserving memories through scrapbooking and stamping. I am also a proud Mom of two little princesses.